Slip and falls are common accidents that occur on another person’s premises. Some slip and falls do not lead to much of an injury, and others can be fatal. People are often too embarrassed to report such an accident, and many blame themselves for any injuries that may have occurred. However, people who are hurt in a slip and fall can pursue a Chicago personal injury case against the responsible parties.

In a recent Illinois appellate court case, the court was tasked with determining whether the defendant, a brewery, was liable for the plaintiff’s injuries even though the plaintiff was unable to prove the defendant knew about the dangerous condition.

END_OF_DOCUMENT_TOKEN_TO_BE_REPLACED 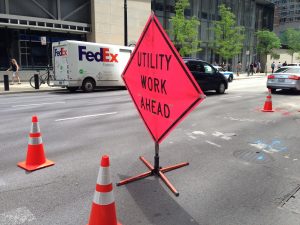 Recently, an appellate court issued an opinion hinging on a governmental immunity defense in an Illinois negligence lawsuit. The case arose after a construction worker fell and suffered severe career-ending injuries during a project.

END_OF_DOCUMENT_TOKEN_TO_BE_REPLACED

Most people understand that when an Illinois resident is injured by another person, state law allows them to file a civil negligence claim to recover for their damages. However, the same principle is usually true even if the victim was injured by an animal, not a person. And, just like dog owners can be held responsible in an Illinois dog bite case if their canine inflicts injuries to others, Illinois law provides the same protection for those injured by livestock. The Illinois Domestic Animals Running at Large Act, usually referred to as the Animals Running Act, protects state residents from being harmed by others’ livestock running at large.

Illinois has a robust agricultural industry, and many of the state’s farms have cattle and livestock. The Animals Running Act, 510 ILCS 55, states that: “No person or owner of livestock shall allow livestock to run at large in the State of Illinois. All owners of livestock shall provide the necessary restraints to prevent such livestock from so running at large and shall be liable in a civil action for all damages occasioned by such animals running at large.” Put simply, the act creates a form of recovery for those who are injured when livestock is running at large due to their owner’s negligence, which, in turn, incentivizes owners to ensure that their livestock is properly restrained.

The act imposes a reasonableness standard on owners of livestock, so that they cannot be held liable if something outside of their control happens and they are unaware their livestock is running at large, so long as they can prove that they took reasonable precaution to secure the animals. For example, if an owner takes all available precautions to secure their cattle, but an unexpected tornado comes and damages the farm so that the cattle can run free, the owner can likely escape liability since he still took reasonable precautions.

END_OF_DOCUMENT_TOKEN_TO_BE_REPLACED

Manufacturers and distributors of toxic or dangerous products that are used for consumer, commercial, or industrial purposes can be held accountable with the assistance of a Chicago personal injury lawyer for injuries or illnesses caused by their products, especially in instances in which the dangers of the product were deliberately concealed from customers. Exposure to asbestos, a compound that was once commonly used in consumer and construction products, has been linked to several deadly diseases, including cancer, and the manufacturers and distributors of many asbestos-containing products may be liable for damages related to their use of the deadly compound. The Supreme Court of Illinois recently decided an appeal filed by a man who claimed to have gotten cancer from asbestos exposure.

Before the plaintiff’s case went to trial, the defendants successfully pursued a favorable judgment from the court on several of the plaintiff’s claims, citing previous Illinois appellate court opinions with similar allegations against the same defendants. The Supreme Court of Illinois had already ruled that nearly identical claims against one of the defendants in this case must fail as a matter of law, and the circuit court found it necessary to rule against the plaintiff on the same grounds. The plaintiff appealed the ruling to the Illinois Court of Appeals, which reversed the lower court’s decision on procedural grounds, resulting in the defendants’ appeal to the highest state court.

END_OF_DOCUMENT_TOKEN_TO_BE_REPLACED 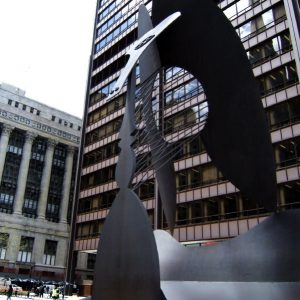 END_OF_DOCUMENT_TOKEN_TO_BE_REPLACED

A recently introduced pilot program to allow electric scooters to be used as a rideshare alternative on Chicago streets may actually increase the danger for riders, pedestrians, and drivers alike. According to a recently published news report, at least ten people were sent to the emergency room during the first six days of the pilot program. As more and more Chicagoans use electric scooters, dangerous accidents may become more common.

The article also suggests that the scooters are popular with people who have been drinking, and intoxicated riders present an even larger threat to themselves or others. Illinois DUI laws apply to scooter riders, however many scooter users appear oblivious or indifferent to the fact that it is illegal to operate a scooter on a public road while intoxicated by drugs or alcohol over the legal limit.

END_OF_DOCUMENT_TOKEN_TO_BE_REPLACED

Trials in Illinois personal injury cases can be long and grueling, but even the most hard-fought cases can be overturned for seemingly small decisions during trial. An Illinois appeals court recently overturned a multimillion-dollar verdict because the trial judge barred testimony from a witness.

According to the court’s opinion, a truck driver was driving a semi-tractor trailer on a highway when he started to have engine trouble. The driver pulled over to the shoulder of the highway and turned off the vehicle. He could not restart the vehicle and called his employer, who told him to call the manufacturer of the truck’s engine. The driver eventually called a towing company, which sent two tow trucks to tow the tractor and the trailer. One tow-truck driver parked in front of the tractor-trailer, and the other driver parked behind it. Soon after, another semi-tractor trailer driver was passing by on the highway and sideswiped the rear tow truck, crashing into the back of the tractor-trailer. The crash resulted in the deaths of all four men.

The wife of one of the tow-truck drivers filed suit against several defendants, including the employers of both of the tractor-trailer drivers. She claimed the employer of the first tractor-trailer driver was negligent for several reasons, including for failing to properly maintain its tractor-trailer and for its driver’s decision to pull onto the shoulder rather than driving to the next exit. She claimed the employer of the driver who sideswiped the truck was negligent for several reasons as well, including failing to watch the road properly, and crashing into the vehicles. The case went to trial and a jury found both employers liable. The jury divided the liability, assigning 57% to one employer and 43% to the other. The jury awarded the plaintiff over $19 million in damages.

END_OF_DOCUMENT_TOKEN_TO_BE_REPLACED

Nobody gets on a motorcycle thinking that they will get into an accident. However, according to recent government data, there are over 2,500 Illinois motorcycle accidents each year with nearly 1,000 resulting in serious injuries. In addition, approximately 150 motorcyclists are killed each year in traffic accidents. The majority of these accidents occur in urban areas, like Chicago.

Anyone fortunate enough to remain conscious after being involved in a motorcycle accident should take certain steps to protect their rights. This is important because, unfortunately, motorcyclists have a bad reputation, even though motorcyclists are not responsible for causing most accidents. After an accident, a motorcyclist should be sure to do the following: